All Images are for reference. They may not represent the actual product. Dismiss 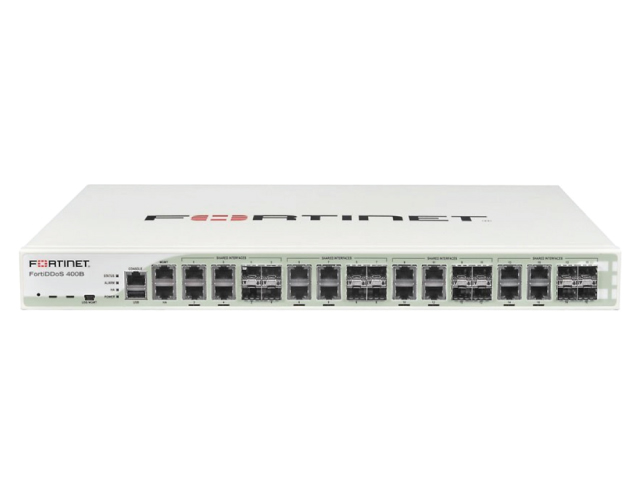 **Product image and dimensions are for reference and product may differs from them.

FortiDDoS uses a 100% heuristic/behavior-based method to identify threats compared to competitors that rely primarily on signature-based matching. Instead of using pre-defined signatures to identify attack patterns, FortiDDoS builds a baseline of normal activity and then monitors traffic against it. Should an attack begin, FortiDDoS sees this as an anomaly and then immediately takes action to mitigate it. You’re protected from known attacks and from the unknown “zero-day” attacks as FortiDDoS doesn’t need to wait for a signature file to be updated.

FortiDDoS also handles attack mitigation differently than other solutions. In other DDoS attack mitigation appliances, once an attack starts, it’s 100% blocked until the threat is over. If an event is mistakenly matched to a signature creating a “false positive”, then all traffic comes to a halt requiring intervention. FortiDDoS uses a more surgical approach by monitoring normal traffic and then using a reputation penalty scoring system, rates IP addresses that are “good” and others that are causing the problem.

There are no reviews yet.

Be the first to review “Fortinet – FDD-400B” Cancel reply

© 2016-2022 All rights reserved - Esilience Technologies, LLC. The images on the site are for reference only and may not represent the actual product.